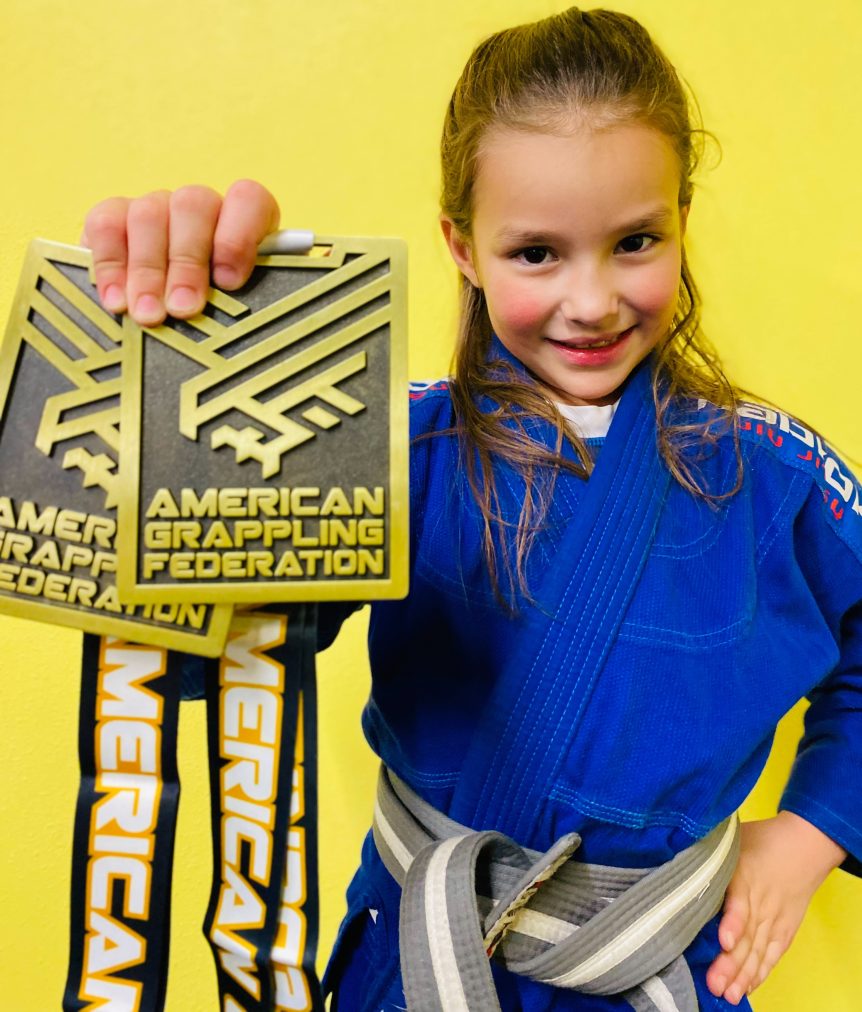 Last weekend on Saturday November 5th , United Martial Arts participated in the American Grappling
Federation’s Lubbock Jiujitsu Championships. We entered 23 athletes which resulted in 32 medals
consisting of 11 Gold, 13 Silver, and 8 Bronze. To say that we are proud of what our team accomplished
is an understatement.

We have learned now that not only do we have the capability to win and medal competitions, but we
also discovered the areas where we can grow. Coaches Cory and Bruce wasted no time discussing
possible training implementations to make up in the areas that we are lacking. That being said, this was
the highest competitor number that we have taken to an event and the results speak for themselves.
With our team being very young and relatively inexperienced, the results are very promising in that with
more effort and competition, we will soon be placing in the team trophy divisions.

One notable stand out was Arya Lilly Johnson. She has been training Sanda and Jiujitsu since the age of
4 and is now just newly turned 7 years old. She has competed multiple times but has been struggling to
perform to her abilities in a tournament setting. This is normal for most children. The fear of a different
location, new opponent, the eyes of spectators, all weigh heavily on combat athletes, especially a 7-
year-old girl. However, after spending extra training time with Coach Ian Lee on improving her Gi and No
Gi wrestling, Arya was able to wrestle and win 4 matches. 3 of which came by way of submission earning
her double gold medals. When asked what was it that allowed her to win “I tried my best to go out and
fight hard and listen to my coaches. I know that if I fight hard and never give up that I can win and I
did!”.

Arya and the rest of our competitors are slowly, but surely are learning that the best way to be good at
competing is to COMPETE! If we continue to invest in each other, our training and keep fighting out of
the uncomfortable situations that competing places us in, we will not only win, but we will become
resilient individuals who are ready for the challenges life throws our way! Way to go UMA!