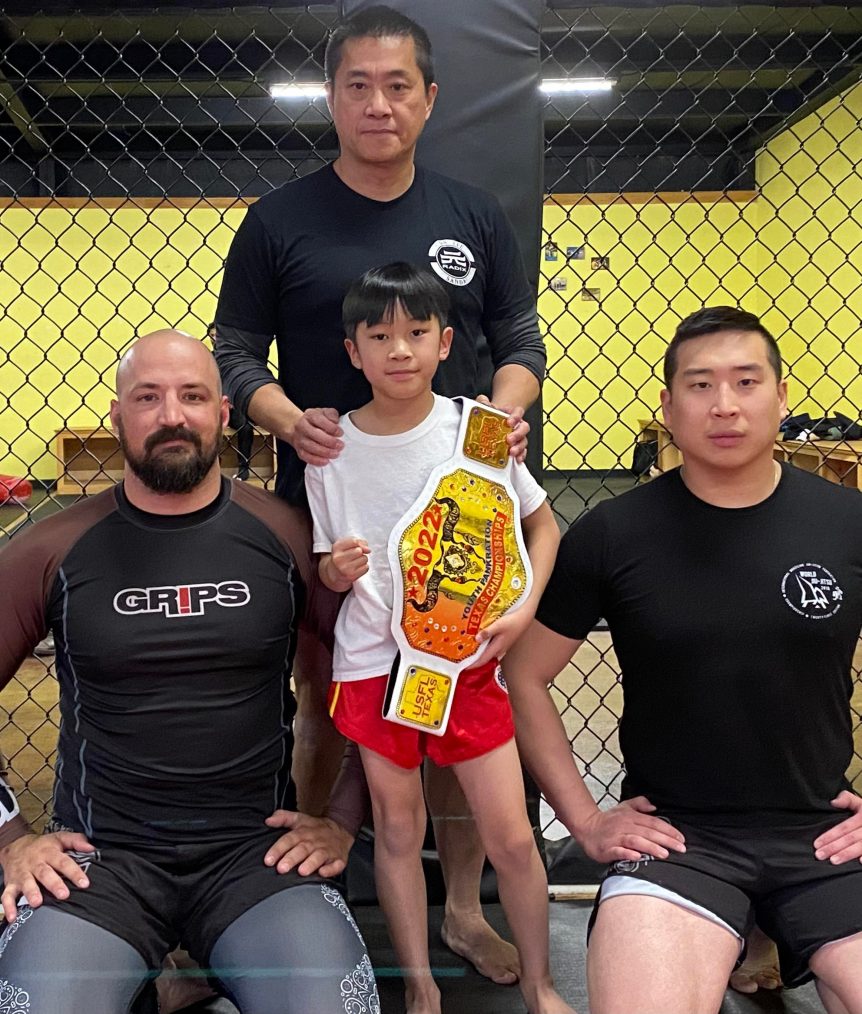 This following week United Martial Arts’ very own Mason Lee will be traveling to Brasilia Brazil to compete in the 2022 Pan American Wuhu Championships. Mason, who is 9 years old, has been training since he was 4 and earned his spot on the USA team by winning the National Championships earlier this year.

Mason is currently undefeated in Sanda and looks to win at his first international event and “is very excited to represent my team, country and coaches in Brazil!”. “Mason has competed in Pankration (MMA), Sanda and Brazilian Jiujitsu. He consistently has a great attitude and is a wonderful role model for his other teammates in the kids’ class.”, says Coach Cory Johnson. “He honestly out trains everyone in the gym including the adults and he really represents what to expect from the next generation of combat sports athletes.”

Everyone here at United Martial Arts wishes Mason the best of luck on his upcoming event and is confident that he will represent himself and his team to the best of his abilities!!! Win, lose, or draw we are very proud to be apart of his journey!!!